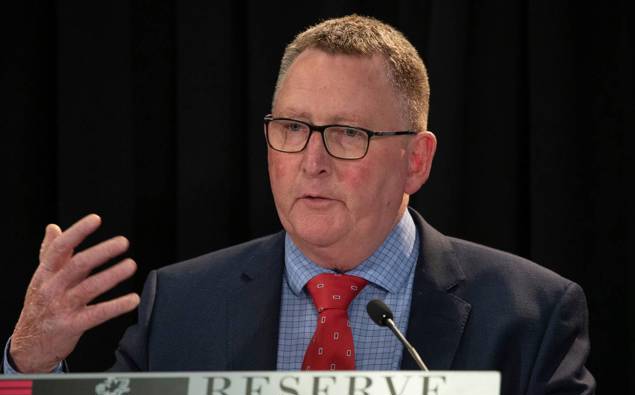 ASB is the first major bank to increase its variable home loan rates after the Reserve Bank announced it would increase the official cash rate from 0.5 per cent to 0.75 per cent today.

A special rate for new builds called Back my Build would also rise from 2.04 per cent to 2.29 per cent.

Craig Sims, ASB executive general manager retail banking, said the bank had held off increasing its variable rates after the October OCR rise but today’s increase would be partially passed through to customers in reflection of changing market conditions.

In October, ASB committed to holding off passing through any OCR increases for the rest of 2021 to its business base rate in recognition of the tough trading conditions many small business owners are currently facing.

In some good news for savers, the bank said it would also increase deposit rates on its Savings Plus and Headstart accounts increasing them by 0.25 per cent and taking the maximum interest rate to 0.65 per cent.

The increase for the Headstart accounts will apply from December 1 while customers with the Savings Plus accounts will have to wait until January 1, 2022.

The Reserve Bank’s forecasts show it lifting the cash rate to a peak of around 2.5 per cent by late 2023.

“With most shorter-term fixed rates now pushing up towards (or above) the 4 per cent mark, we’ve already seen them pretty much double from the previous lows, and figures of 5 per cent or more wouldn’t be a surprise over the next 6-12 months either.”

While that was still low by past standards Davidson said many borrowers on rolling one-year terms could see a significant shift in mortgage costs.

He pointed to Reserve Bank data which showed $227.8 billion in mortgages are either floating or due to roll over in the next year.

“This equates to 71 per cent of all lending – a lot of funding which when refixed will likely lead to greater mortgage repayments and subsequently less disposable income.”

But at least one real estate firm is arguing the rate rise won’t dent enthusiasm by renters wanting to buy.

Tim Kearins, owners of Century 21 New Zealand said that was because for first home buyers paying a mortgage remained comparable or cheaper than paying record-high rents.

“People are waking up to the fact that they can either buy and set their interest rate at 4.5 per cent or wait and pay 6 per cent – which is 33.3 per cent more.”

Kearins said rents were rising as demand remained high and supply was down.

“Property prices also continue to rise. However, we’re at least now seeing the likes of many more townhouses coming onto the market, providing first-home buyers a relatively affordable entry point.”

He said his agency was seeing a big increase in listings as Covid-19 restrictions started lifting.

“This latest Reserve Bank hike will not deter Kiwis from purchasing property and locking in some good, fixed rates. Homeownership remains a safe long-term bet. It is a proven way to help maintain people’s living standards and lifestyle later in life,” Kearins said.